It Still Smells like Crayon: On Purchasing a Circa 1890 Makeup Box

I find it hard to resist antiques I know probably should have been discarded years ago. The best example I have of that is this late nineteenth-century makeup box, which I acquired back in 2010.

This gem was made by A. M. Burch & Co., based at 119 N. 9th Street in Philadelphia. Described as "Our Special Make-up Box" in its 1890 trade catalogue I read thanks to The Athenaeum of Philadelphia, the original would have come stocked with the following:

It seems like a lot of that is still in there, including grease paint (see sticks), not the mention a strong crayon odor.


I can't tell for certain what's inside each of the tins. Some tins that remain inside this box are empty, others contain black lumps of mystery makeup. 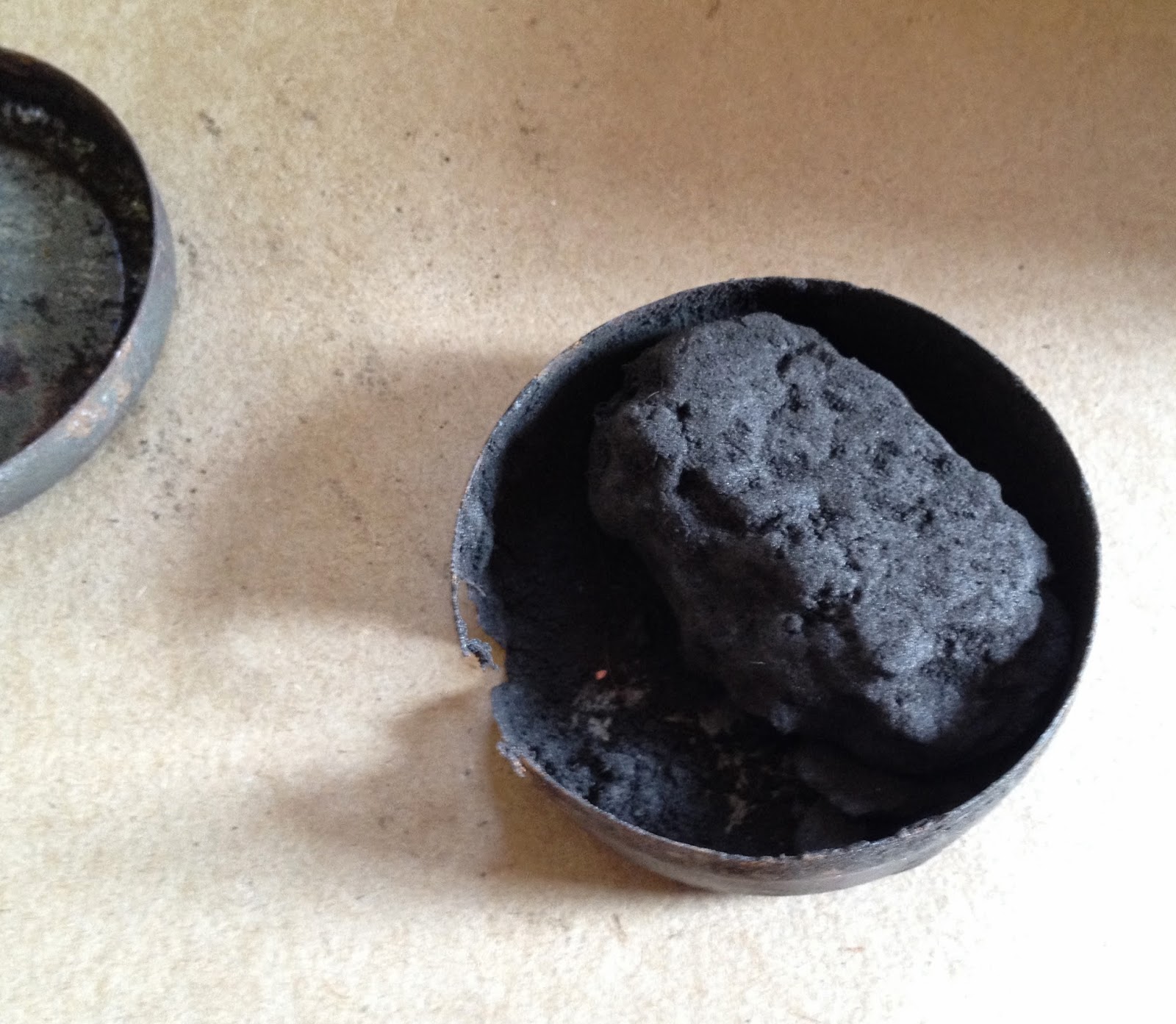 Grease paint, it seems, became widely available by the last quarter of the nineteenth century. Until then, according to James Young's 1905 publication Making Up, actors used relatively little makeup. Or, perhaps more likely, they made their own greasy goo. Once someone found a way to produce grease paint on a large scale, the industry took off. The rise of grease paint spurred a flurry of turn-of-the-century how-to manuals on applying makeup (with an emphasis on grease paint) for the stage. According to Young, grease paint facilitated actors' being "real...even in the unreality of the supernatural." New stage lighting techniques may have illuminated actors' faces better, requiring heavier makeup such as grease paint to make the actors appear physically more "in character."

Another handbook, Charles Harrison's 1882 Theatricals and Tableaus Vivants for Amateurs, noted that, after the mid-nineteenth century, more and more plays featured contemporary characters. Makeup, therefore, became a more important part of the costume when the actor could not rely on recognizable historic-looking objects to represent specific historical figures (pirates, soldiers, prostitutes, etc.). As a result, making-up manuals and makeup trade catalogues, which seem to cater to amateur actors in particular (though not exclusively), emphasized creating the "right" skin shades or marks of age. Whether or not this was all true is unclear, but these writers and makeup manufacturers were certainly good marketers!


Back in 2010, I hemmed and hawed about whether or not to snatch this up. What would I do with rotting stage makeup? The box sits silent and shut on a shelf in my office, but it has character, and it evokes a good time. It's also a good artifact to use for care and handling training. (In this case, be sure to wear gloves when handing unknown substances!) Back in 1890, Burch advertised it as his "special" makeup box. It's now my special makeup box, dirt, grease, and all.

What else can I ask for in an antique?

When I first made this purchase, I promised you all I'd blog about a mystery object in "the coming weeks." It looks like I meant "coming years," as I'm just getting to this now. I hope it was worth the wait.

Anyone have any late nineteenth-century stage makeup ephemera out there? I'd love to learn more about collecting historic theatrical makeup!
Posted by Nicole Belolan at 9:30 AM