Ferdinand (and Rodney) the Bull

Walking toward the exit of the enchanting Pennsylvania Farm Show a few weekends ago, Tyler asked me for a final time whether I wanted to have my photo taken with a Brahman bull.

"No!" I exclaimed, feeling sheepish as young men dressed as cowboys carefully helped toddler-aged girls on and off Rodney's saddle.

What would people think of a grown woman getting up there?

I decided the chances of anyone I know catching me in action were slim, so I relented and proudly marched up to Rodney, mounted his saddle, and smiled broadly.

Within less than a minute, the cowboy handed my photo to me... 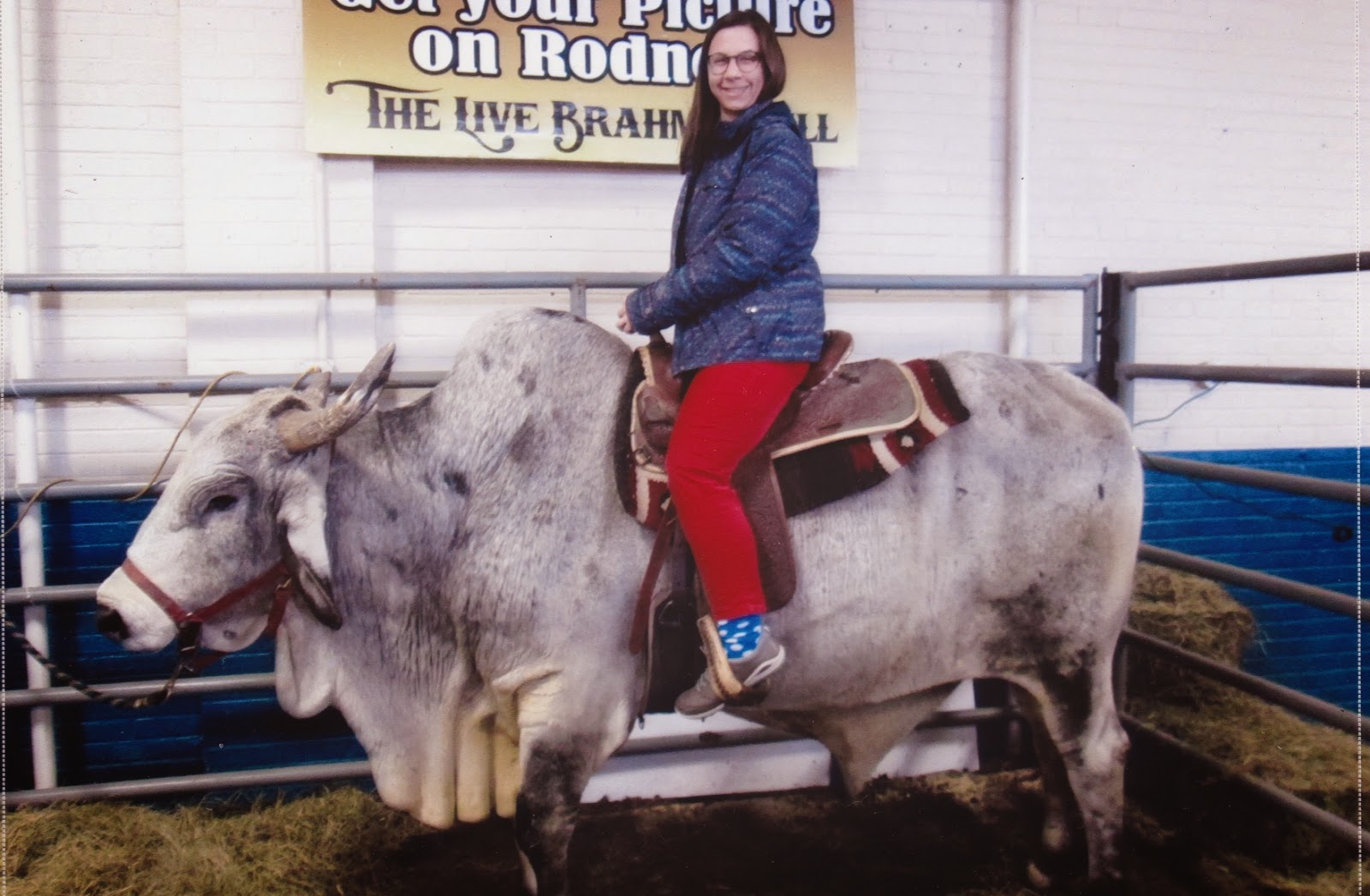 What's funny about this photo (aside from the fact that I got up in the saddle and had it taken) is that a few weeks later, as Tyler and I were going through some antique and vintage photos we had purchased on a recent trip through Virginia, I realized I had forgotten I picked up my circa 1940s twin posed on none other than a touring bull. (I don't know where animal rights' activists fall on this sort of thing, but I can tell you Rodney seemed happy and well fed.) 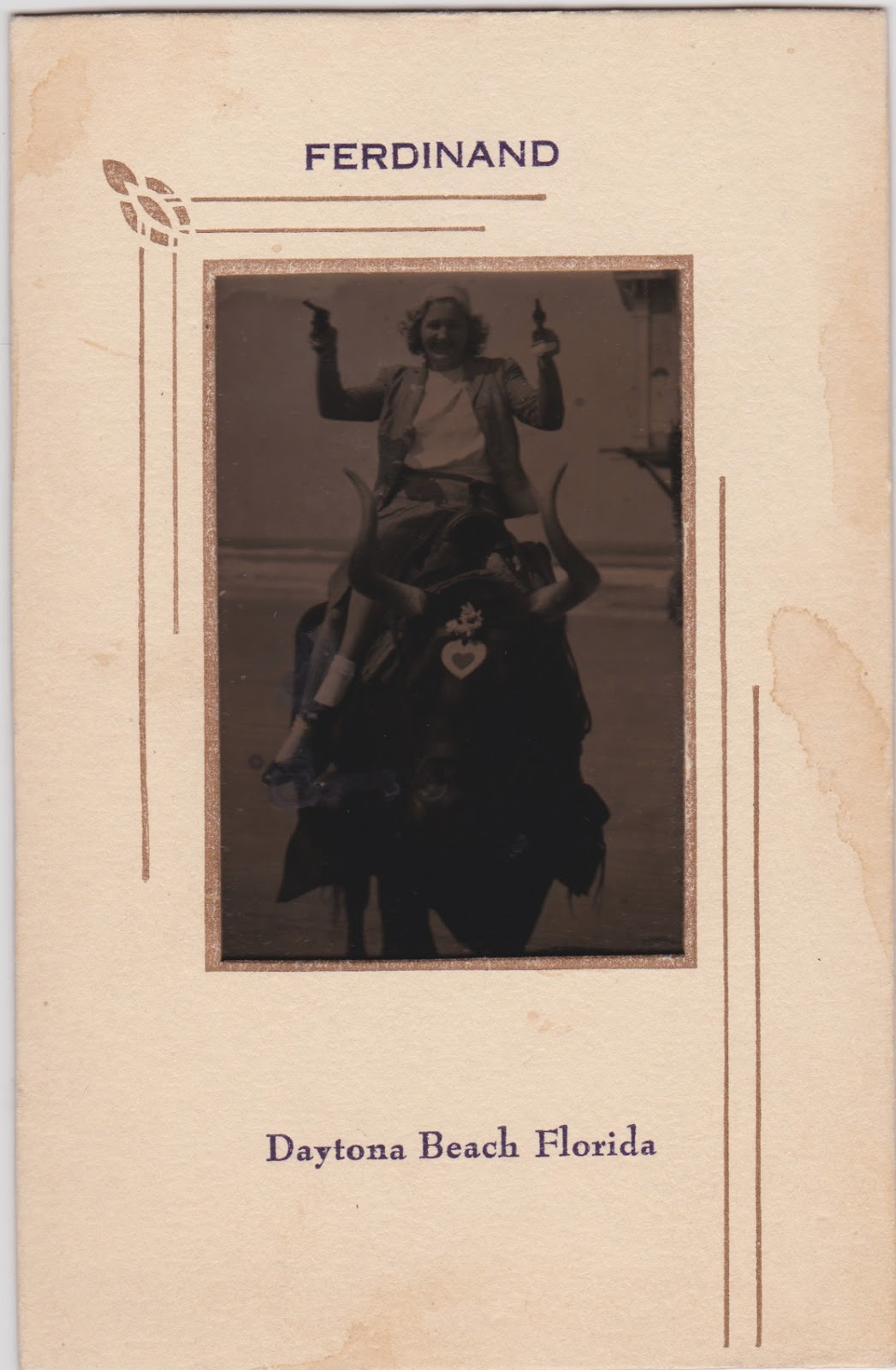 There are, of course, a few key differences. I did not "ride" side saddle, nor was I handed any faux pistols to "shoot" into the air. Both our bulls have names, but it wasn't until I googled "Ferdinand the Bull" did I learn that Ferdinand the Bull was a popular 1930s book by Munro Leaf about pacifism released shortly before the Spanish Civil War. (You can read a bit more about the book's cultural impact here.) 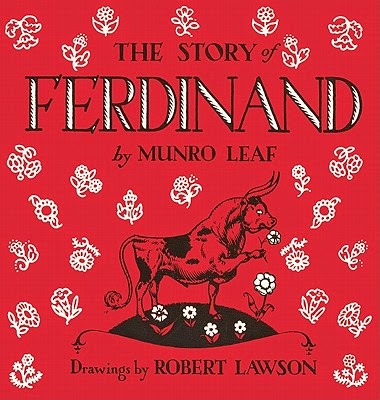 The book was so popular that even Disney adapted it into a film that won the 1939 Academy Award for Best Short Subject (Cartoon).

So the Ferdinand in my photo may be a live version of (or at least inspired by) the beloved book character. I might never know for sure, as I can't find any other vintage photos of Ferdinand or his bull cousins online. If Ferdinand was a well-known as Wikipedia would have me believe, surely this bull's name would have registered with the young lady forever immortalized in her beach photo.

Did you have your photo taken with Ferdinand, Rodney, or any other Farm Show/Carnival bull? Anyone have a soft spot for this book on their childhood reading list? Let me know about it in the comments!

It's hard to tell from a scan, but these early instant carnival snapshots look a lot like like tintypes in the flesh. In fact, they are not. You can read more about them in a previous post.

Posted by Nicole Belolan at 8:21 PM